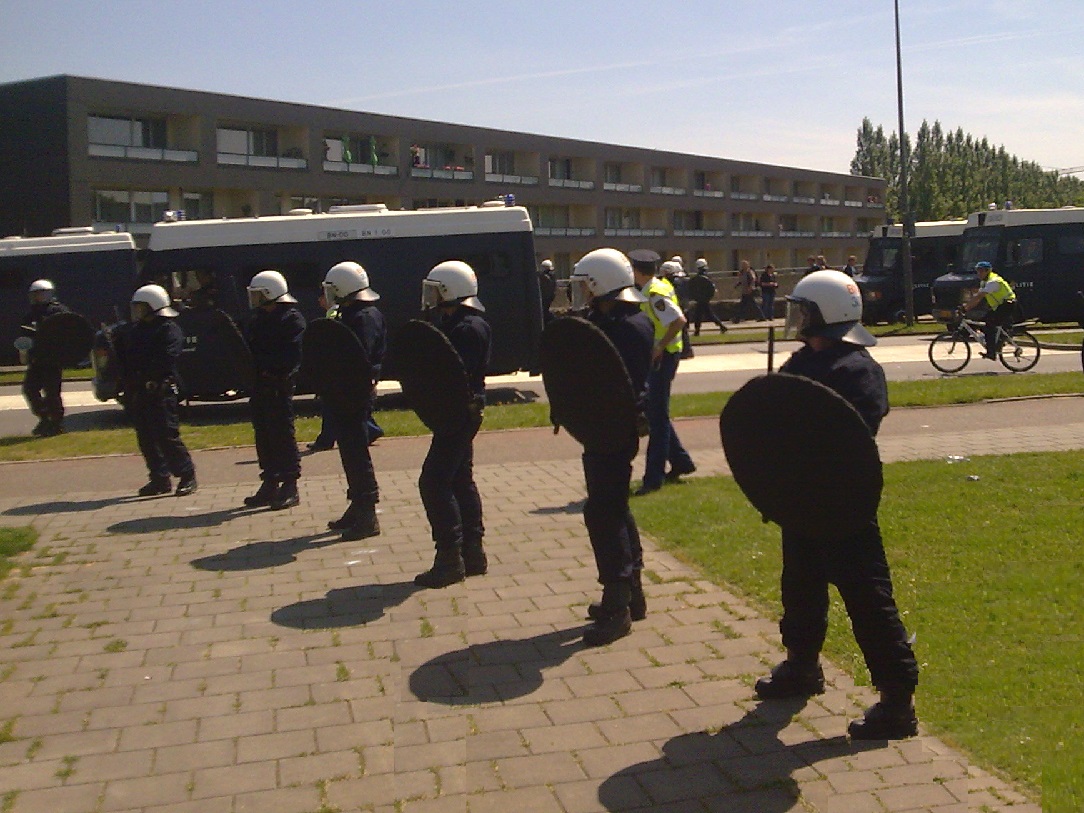 Human rights must be defended in the fight against terrorism: UN chief (UN)

UN Secretary-General António Guterres has warned that the fight against terrorism will never succeed if we perpetuate the “denial and destruction” of human rights. ...

A UN Security Council meeting on Thursday focused on terrorism began with a sobering reminder of the danger posed by this persistent threat to... 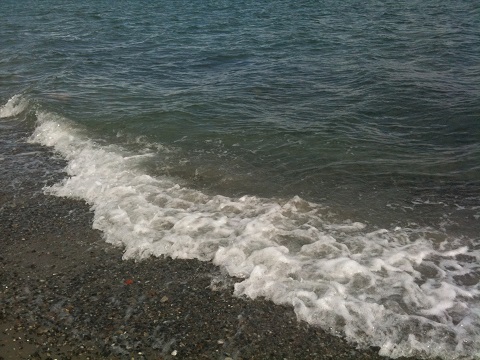 The UN chief is “deeply saddened” by the loss of life and heavy damage triggered in the Democratic Republic of Congo (DRC) during the...

The growth of terrorism is a major threat to international peace and security, currently felt most keenly in Africa, the deputy UN chief told...

Two-thirds of Afghans are going hungry, with girls' education subject to “random edicts” of the Taliban, while crime and terrorism are thriving once more...

Although flood waters have continued to recede in many flood-affected areas across Pakistan in recent weeks, around eight million people need essential health assistance,...

More than 2.8 million people have been impacted by Nigeria’s worst floods in a decade, with 1.3 million displaced and hundreds of lives lost,...

Authorities in Mali are moving along the path to political transition and institutional reform while combating terrorism and other insecurity, Acting Prime Minister Abdoulaye...

With huge swathes of his country still under water following recent devastating floods, Pakistan’s Prime Minister appealed on Friday for global support to help...
◀ ▶
The New Zealand government says thousands of properties may never be rebuilt in the wake of the latest powerful earthquakes to rock the city of Christchurch.

Twin tremors of magnitudes 5.5 and 6.0 hit the city on Monday and overnight there were another 14 aftershocks, the strongest being 4.7-magnitude at about 2:45am.

Monday’s quakes damaged around 50 buildings and dealt further damage to areas of the city already badly hit by February’s earthquake.

Torrential rain, high winds and big surf are pounding the coast, and flood warnings are in place for much of the coast.

The Bellinger, Orara, Nambucca, Macleay, Hastings and Manning rivers are all rising steadily, cutting off communities as they do. 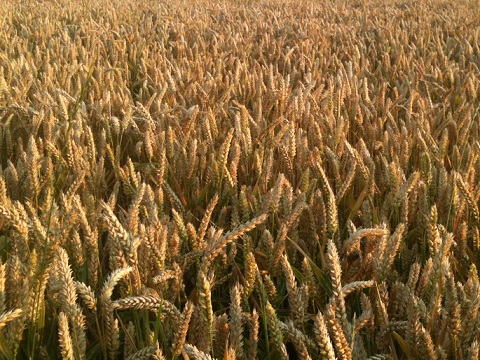 Areas where food supplies could be worst hit by climate change have been identified in a report.

Hungary is racing to prevent red chemical sludge from a huge spill reaching the Danube river, officials have said.

The alkalinity has risen in the Raba river, which flows into the Danube – Central Europe’s major waterway.

If the sludge enters the Danube the pollution could reach six countries down river, including Croatia, Serbia and Romania.

Hungary’s PM says the worst-hit area will have to be abandoned.
Continue reading the main story

Clay has been dumped into a tributary of the Danube to try to neutralise the sludge.

The alkalinity in the Raba river was higher than normal, at about pH9 early on Thursday – above the harmless level of between pH6 and pH8, a spokesman for the disaster agency told Reuters news agency.

Hungary says it will take at least a year to clean up the spill from an alumina plant reservoir in the western county of Veszprem.

Police have opened a criminal negligence inquiry into the incident, which has killed four people and led to at least 120 others needing medical treatment.

Hungary has declared a state of emergency in three western counties after sludge from an alumina plant killed three people and injured 120.

Red chemical sludge flooded out of a burst dam, affecting at least seven villages and towns including Devecser, where it stood 2m (6.5ft) deep.

The sludge is said to contain caustic material and to be toxic if ingested.

While the cause of the deaths was unclear, most of the people injured had suffered chemical burns.
Continue reading the main story

The state of emergency was declared in Veszprem, Gyor-Moson-Sopron and Vas.

Troops in protective gear have been helping to clean up the spill, while plaster is reportedly being poured into the Marcal river to bind the sludge and stop further flooding.

Tamas Toldi, mayor of Devecser, told MTI news agency that between 80 and 90 people had been taken to hospital with chemical burns. Six people were reported missing.

Burns caused by the sludge could take days to reveal themselves and what might seem like superficial injuries could later cause damage to deeper tissue, Peter Jakabos, a doctor on duty at a hospital in Gyor where several of the injured were taken, said on state TV.

‘Worst accident’
There has been no official explanation of the cause of the disaster, but weeks of heavy rain are likely to have played a role, the BBC’s Nick Thorpe reports from Budapest.

The sludge escaped from a reservoir at the Ajkai Timfoldgyar plant in the town of Ajka. Police say they have confiscated documents from the company’s headquarters.
BBC map

The sludge entered Devecser and Kolontar, where several hundred houses were flooded and dozens of people were evacuated. Five other localities were under threat.

Rescue workers used an axe to cut through the living room door of Tunde Erdelyi’s house in Devecser, to let the red liquid flow out, the Associated Press news agency reports.

“When I heard the rumble of the flood, all the time I had was to jump out the window and run to higher ground,” she said.

Robert Kis, her husband, said his uncle had been taken to Budapest by helicopter after the sludge “burnt him to the bone”.

Hungary’s disaster agency said 390 residents had to be temporarily relocated and 110 were rescued from flooded localities.

Zoltan Illes, state secretary for the environment ministry, said after visiting Kolontar on Tuesday that it was the worst chemical accident in Hungary’s history.

There were fears, he added, that the sludge could reach the Raba and Danube rivers.

Alumina, a synthetically produced aluminium oxide, is a white or nearly colourless crystalline substance that is used as a starting material for the smelting of aluminium metal.

It also serves as the raw material for a broad range of advanced ceramic products and as an active agent in chemical processing.

Niger is now facing the worst hunger crisis in its history, the UN’s World Food Programme says, with almost half the population – or 7.3 million people – in desperate need of food.

A WFP spokesman said villagers in Niger described the situation as worse than 2005, when thousands died of hunger.

After a prolonged drought, heavy rains have now hit parts of the country, killing at least six people.

The WFP says 17% of children, or one in five, are acutely malnourished.

The figure – based on national surveys in May and June – is well above the WFP’s normal 15% threshold for declaring an emergency.

Russia is to ban the export of grain from 15 August to 31 December after drought and fires devastated crops.

“I think it is advisable to introduce a temporary ban on the export from Russia of grain and other agriculture products made from grain,” Russian Prime Minister Vladimir Putin said.

Russia, one of the biggest producers of wheat, barley and rye, exported a quarter of its 2009 grain output.

‹ Prev 1 … 546 547 548
We use cookies to ensure that we give you the best experience on our website. If you continue to use this site we will assume that you are happy with it.Ok